Inspirational Movie of All Time That You Need In Your Life 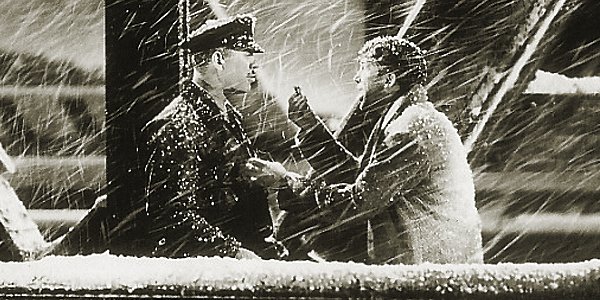 Who doesn’t love a good inspirational movie? They make us laugh, they make us cry, at some point both at the same time. And the greatest thing about these good films is that they know how to pierce right through the heart, cheer us up and we are bound to appreciate the “feels” of it until we learn to get over it (which could be a very long time).

Countless of time, we learn to love our underdog as they battle through every difficulty and heartbreaking moments they need to go through and watch them stand up again and again. Some may be painful to watch but nothing else can touch you than an inspirational feel. They give us the sense of living, making us go through a series of moments in our life, look inside ourselves and many use these good stories as inspirational tools to change.

To those who are looking for beautiful inspirational films, here’s a rundown of must watch movies (Note: nothing beats a good spoiler!)

The plot of the movie revolves around Will Freeman, a hip Londoner who one day realizes that his friends are all involved with the responsibilities of married life and that leaves him alone in the cold. Passing himself off as a single father, he starts to meet a string of single mums, confident in his ability to leave them behind when they start to ask for a commitment. But Will’s hope of a continued bachelorhood is interrupted when he meets 12-year old Marcus, in many ways his complete opposite. (Mattias Thuresson)

Shortly speaking, the movie is about an immature, cynical young man who is taught how to act like a grown-up by a boy. If you are thinking why About A Boy made it through this list is it’s just a romantic comedy from where Richard Curtis is just spawning? Well, it’s because this could be a great choice if ever you are feeling down and will make you realize the true meaning of “no man is an island”.

9. The Pursuit of Happiness

Life is a struggle for single father Chris Gardner (starred by Will Smith). Evicted from their apartment, he and his young son (Will’s own son, Jaden) find themselves alone with no place to go. Even though Chris eventually lands a job as an intern at a prestigious brokerage firm, the position pays no money. The pair must live in shelters and endure many hardships, but Chris refuses to give in to despair as he struggles to create a better life for himself and his son.

The movie was based on a true about a man named Christopher Gardner, who had struggled hard to make a living for his son. In what limited academic opportunities he has had in his life, Chris Gardner has demonstrated that he is a smart man. Yet he is struggling financially in his life. If you’ve ever been poor, this movie may be hard to watch. It depicts poverty in America in gut wrenchingly accurate ways. This is a good, uplifting film. Great acting and has a great message. This will be a good family film and has it’s father-son moments.

An unhappy, married woman realizes how her marriage really is, and that her life needs to go in a different direction. After a painful divorce, she takes off on a round-the-world journey to “find herself”. Liz Gilbert (starred by Julia Roberts) thought she had everything she wanted in life: a home, a husband and a successful career. Now newly divorced and facing a turning point, she finds that she is confused about what is important to her. Daring to step out of her comfort zone, Liz embarks on a quest of self-discovery that takes her to Italy, India and Bali.

The movie says it, that it’s never too late to take the time to get to know yourself (or indulge in good food). It contains all the trappings of one of the most lighthearted movie genres, the ‘travel romance’ or ‘travel therapy’ movie.

The story starts with a long, downbeat scene as US Marine Tommy Riordan (Tom Hardy) meets his ex-alcoholic father (Nick Nolte) after years apart. Tommy blames his father for the death of his mother, for the pain he put them through, for his violence. Tommy essentially tells his father to train him for the upcoming MMA Sparta tournament so he can win $5million and give it to the widow of a fallen friend. The flipside to this coin is Tommy’s brother, ex-MMA fighter and high school physics teacher Brendan. Unfortunately, Brendan has money worries and unbeknown to his wife, has begun parking lot MMA matches to get the extra money. Unfortunately, he is seen by some parents and suspended. So, Brendan too must enter Sparta or lose his house.

It is in the final hour, when the Sparta tournament begins, that you can feel the tingle and the tears as the brothers take on ever more imposing opponents before a brilliantly emotional ending in the ring. This is a good tale of family and redemption.

A human drama inspired by events in the life of John Forbes Nash Jr., and in part based on the biography “A Beautiful Mind” by Sylvia Nasar. From the heights of notoriety to the depths of depravity, John Forbes Nash Jr. experienced it all. A mathematical genius, he made an astonishing discovery early in his career and stood on the brink of international acclaim. But the handsome and arrogant Nash soon found himself on a painful and harrowing journey of self-discovery.

This movie touched can touch you on many levels. The psychology of the movie was intriguing, the mathematical philosophies was actually realistic from my own experience, and the icing on the cake making the movie stand out was surprisingly the humanistic side of Love. While love is a common basis in most movies, the interaction of this theme with other aspects of the plot was planned phenomenlly.

Andy Dufresne (Tim Robbins) is sentenced to two consecutive life terms in prison for the murders of his wife and her lover and is sentenced to a tough prison. However, only Andy knows he didn’t commit the crimes. While there, he forms a friendship with Red (Morgan Freeman), experiences brutality of prison life, adapts, helps the warden, etc., all in 19 years.

This film manages to redeem Hollywood in the eyes of people who feared it long lost in a dark sea of clichés and predictability. Darabont shows us that artists still work in the Hollywood studios and production facilities. These artists show their capability to produce art; real art that inspires you to look at the deeper aspects of life and the world around you. The Shawshank Redemption delivers much-needed breath of fresh air for anyone who realizes the capability of film. It proves that masters of the craft still live on this earth, and still bless us with timeless masterpieces that we will never forget.

A natural talent in the sport of surfing, teenager Bethany Hamilton (Anna Sophia Robb) loses an arm in a shark attack. Bolstered by the love of her parents (Helen Hunt, Dennis Quaid) and refusing to give up, she plans to return to competition, although questions about her future continue to trouble her. Upon seeing the devastation in Thailand caused by the 2004 tsunami, Bethany discovers a greater purpose: to make a difference in the lives of others.

“Soul Surfer” is based on the true story of Bethany Hamilton, a champion surfer who in her early teens was attacked by a shark and lost almost all of her left arm. One month later, she was back on a surfboard, has since won several championships and is at age 21 a professional surfer. All of those are remarkable facts.

The film is inspiring enough but when you add the other elements like the first round knockdown, the in-ring declaration of love and, of course, ‘Gonna Fly Now’ and you have a film not only excellent in essence, but also inspiring in its truth.

The film is inspiring enough but when you add the other elements like the first round knockdown, the in-ring declaration of love and, of course, ‘Gonna Fly Now’ and you have a film not only excellent in essence, but also inspiring in its truth.

A life-shattering secret torments Ben Thomas (Will Smith). In order to find redemption, he sets out to change the lives of seven strangers. Over the course of his journey, he meets and falls in love with a cardiac patient named Emily (Rosario Dawson), and in so doing, complicates his mission.

The bottom line of the story line shows on how a man with a fateful secret embarks on an extraordinary journey of redemption by forever changing the lives of seven strangers.

The story is about on a young group of prep school studets as they meet their new English teacher, John Keating. This is a teacher who takes students outside for class, tells them to rip out the pages of a poetry textbook with a mathematical, poetical formula and gets the class to stand on their desks to look at the world in a different way. Obviously, his impact on the students is huge as the group re-awaken Keating’s old school group ‘The Dead Poet’s Society’ and the boys discover love, life and, tragically for one student, a love for acting. After the tragedy of a student suicide, Keating is blamed and fired from the academy but not before the boys can stand on their desks one last time and say ‘O Captain! My Captain!’ as their mentor leaves the school forever.

This is a film that will both make you cry and make you want to stand up and take on the world. This is a film which inspires as much as it hurts but for that, we stand on our desks and salute you Robin Williams.